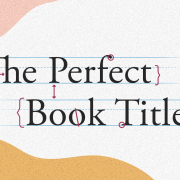 The title of my blog was “Daughter on Duty,” and I laid bare on the screen how difficult both caring for my mother and living in her home were. I wasn’t shining a very good light on myself, but that was not my point. I was on duty, I was trying to stick with it, and I was tired of an adult lifetime of stuffing my feelings. I didn’t care who thought I was a terrible daughter.

When I dreamed that my story could be a book (read that story here), Christina Baldwin, creator and facilitator of the writing retreat I signed up for my first winter, gave me the title: Mother Lode. I loved the double meaning, the play on words. The load of caregiving brought me to tears on a daily basis, and turning the experience into a vein of gold was the carrot dangling in front of me, compelling me to see it through.

As I worked on the book over the next ten years, including at four alumni writing retreats with Christina and the new and old friends I met there, along with a magical week at Hedgebrook, another women’s writing retreat center on Washington’s Whidbey Island, I kept the title in the header of every page, reminding me of my goal, both the experiential one and the writing one.

As the manuscript took form, moving beyond strung together blog posts, the narrative arc revealed itself. I added the subtitle: Finding Myself in My Mother’s House, and a second subtitle so potential readers would know what the story was: A memoir of caregiving. It was a little unwieldy, and I knew I was getting way ahead of myself, but I needed to envision that this really could happen, that it wasn’t just another of my pipe dreams let go of mid-development. I began writing toward the idea of finding my Self.

She Writes Press accepted the book for publication (read that story here), and I learned they had just started changing titles of their authors’ books. Another case of “killing your darlings,” I supposed, a well-known editing trope, “If you love it too much, it probably needs to go.” I held my breath, waiting to hear from them.

“We like the title,” the publisher wrote, “but we don’t think the subtitle says enough.” The team sent several possibilities.

I really hadn’t wanted to let go of Mother Lode; I was relieved. I supposed it could use a catchier subtitle, but none of the suggestions they sent felt right. I made a list of the themes in the story. I talked to my writing group who threw out ideas. She Writes sent another idea or two, which I rejected. I finally came up with “memoir of a reluctant caregiver” and they accepted it, maybe to get rid of me. I didn’t love it, but it would do.

A day later, “confessions” popped into my head. The publisher liked it a lot, and so did I. We had a title. Mother Lode: Confessions of a Reluctant Caregiver.

Next up: Choosing a Cover