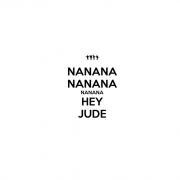 A story of long haul caregiving.

I finished reading Mother Lode this week amid a hail storm of memories. My mother is 96 and living with Alzheimer’s. I have been her part-time caregiver for about fifteen years. Like so many mothers of the Greatest Generation, she is a survivor. Having fought life-threatening cancer three times, starting at age seventeen, it is a miracle she is here at all. Her last battle with cancer, including CyberKnife therapy, left her frail and dying. Her oncologist said to call hospice and that she had four to six months to live. That was almost twenty years ago.

My mom’s memory loss had such slow progression we could almost believe it wasn’t happening. When paranoia and confusion started popping up, I took her to a neurologist. I was with mom each time she was given a memory test so I was able to note the changes along with her doctors. I was with her in the difficult times when she thought someone stole her purse (lost and found at Safeway), stole $50 (found hidden in a tissue at the bottom of her tool box), stole her false tooth (who steals a tooth?), stole her hearing aid (only the right one), etc, etc, etc. . .  I was there when she wandered off at night and was found sitting on a bench outside, lost and cold, in the dark. I was there for hundreds of hilarious and completely maddening “who’s on first” conversations similar to those related in Mother Lode. I was there when she when was taken to the hospital multiple times because she thought the cancer had come back. I was there and made the difficult decision to move her to memory care.

Although I didn’t live with mom, I have been on call day and night for years. Now that she is in a 24-hour memory care center, the chaos has leveled out. We both have some breathing space. Sometimes I worry about my parents’ savings being eaten up to pay for her care, but I believe that’s the best use of the money, and I feel fortunate that she can afford it. If she’s still here when the money runs out, we will figure out what to do. It can’t be harder than what we’ve already been through.

My mother calls this time she is living in now her “grace period.” I think of a grace period like a coda in a musical piece that finishes a song. “Hey Jude,” the Beatles song, has a coda that repeats “nana na na” for four minutes. Mom’s coda happened to come with Alzheimer’s and coincide with my retirement, my buying a new house, moving myself and my mom, and Covid. The last two years have been like a record stuck on “nana na na.” And just when I think I’m going totally crazy, I start singing along.