Mother Lode: Confessions of a Reluctant Caregiver will be published in October 2022 by She Writes Press. 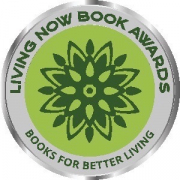 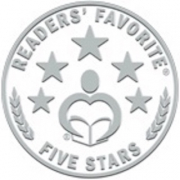 Though caregiver was not part of my basic personality type, my ticket back across the country was into my childhood home with my 96-year-old mother, where I lost and then found again my grown-up Self. 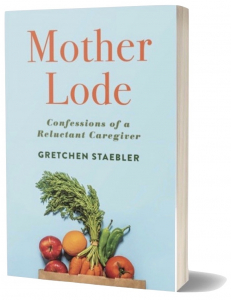 Alternately heartbreaking and hilarious, Mother Lode: Confessions of a Reluctant Caregiver is a memoir of Gretchen Staebler’s move across the country to live with and care for her 96-year-old mother, from whom she has been contentedly distanced by the continent between them for thirty-six years. She promises one year, then her mother will move to assisted living and she will find her own, new life, their relationship magically having become all she ever longed for it to be. Could it be that easy?

She leaves her clutter-free home, her work, and her friends to return to her small home town in Washington and the house where her parents have boxed, stuffed, and stashed more than fifty years of history into every drawer, shelf, and cubbyhole. As mother and daughter each stubbornly cling to their independence, their battles echo the clash of adolescence and menopause.

Confronting her mother’s advancing dementia, vision loss, and hypochondria with humor, frustration, and compassion—and wine—Staebler slowly comes full circle to a relationship of heart and acceptance with her mother. She came for a year—she stayed for the end.

“Kudos to Gretchen Staebler for one of the better caregiving memoirs I’ve read.
Shortly after turning 60, Staebler leaves North Carolina for her hometown of Centralia, Washington, to care for her 96-year-old mother. She’s already dreading it — her mother was a constant controlling critic even before dementia struck — but she’s only going to stay for a year. Five years later….”  —Paula Span, “New Old Age” columnist for The New York Times.

“. . . Gretchen’s frustrations with the healthcare system and with the reluctant patient [are] highly resonant, and she writes with an empathetic but direct narrative style that makes you feel as though a kindred soul is speaking to you. There are many difficult moments where trauma is worked through, but the overall feel of the read is one of strength, acceptance, and love, for yourself as much as for those that you care for.”  —Readers’ Favorite (Read review)

“[Staebler] writes with humor and pathos. . . Mother Lode is a raw and insightful chronicle of life as a (reluctant) caregiver. Staebler demonstrates remarkable fortitude and patience in caring for her mother, even when she thinks that she’s failing her. But it is ultimately an example of the triumph of love and resilience.”  —Seattle Book Review (Read review)

“A debut memoir of caregiving that addresses issues of life and death in a direct and hopeful way . . . The author’s straightforward honesty about difficult aspects, including her mother’s failing memory and her own mental and physical exhaustion, is impressive . . . The author is candid about the struggles of caregiving, which readers who have experienced similar situations will find refreshing . . .” —Kirkus Reviews (Read review)

“. . . an excellent read for professionals, and for anyone else open to walking with a strong, brave, humorous daughter who stayed until the end. The story radiates the funny, sad, kind, compassionate, frustrating, intelligent, strong, stubborn aspects of good people with hard challenges.”  — Story Circle Network (Read review)

“Gretchen Staebler has beautifully intertwined two love stories: her pure passion for the Pacific Northwest, and her complicated ties to her elderly and often exasperating mother. Staebler offers a remarkably candid and clear-eyed story of caretaking, depicting the frustration and power struggles as well as the break-through moments of joy and forgiveness. A compelling story from beginning to end.” —Mary Lambeth Moore, author of Sleeping with Patty Hearst

“Mother Lode redefines ‘coming of age’ in the drama of an independent daughter who moves back to the family home to care for her elderly mother. The story unfolds page by page, week by month, as Gretchen takes us artfully into her relationship with her mother, her sisters, and a house packed with memories. Specific in detail, universal in appeal, told with wit, wisdom, and compassion: if you ever had a mother. . . if you ever had a family. . . if you ever wondered if you could go home again, Mother Lode will intrigue, delight, and open your heart.” —Christina Baldwin, author of eight books, including: Storycatcher, Life’s Companion, and The Circle Way.

“Those who bring their elderly parents to live with them have become the backbone of the nation’s long-term care system. Gretchen Staebler tests her own backbone when she does the reverse and moves back to her childhood home to take care of her 96-year-old mother. Staebler’s eye for just the right detail in just the right place is on full display throughout this beautifully rendered memoir about the infinitely puzzling and always complicated mother-daughter bond.” —Katie Hafner, author of Mother Daughter Me and host of Our Mothers Ourselves podcast

“We all come to the support of our aging parents open-heartedly, begrudgingly, even fearfully, but reconciliation is unforeseen and often a step too far. Sometimes, we are able to see the strength and love in the contrary parent, knowing our own strength has come from just such a source. Gretchen’s memoir travels a contradictory journey with her mother toward an end that surprises even the author.” —Rev. Catherine Fransson, author of Loving the Enemy: When the Favorite Parent Dies First

“With compelling storytelling and great wit, Gretchen Staebler’s Mother Lode illuminates the valiant lives of the mostly forgotten and the nearly invisible: our elders and their caregivers.” —Theo Pauline Nestor, author of Writing Is My Drink: A Writer’s Story of Finding Her Voice (and a Guide to How You Can Too)

Enjoy the first two chapters of Mother Lode with your subscription to my monthly e-letter. (You can unsubscribe any time.)